Our GFCF journey: Worth it 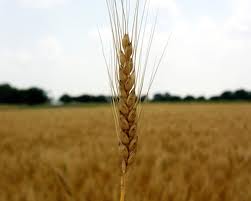 We tried the same approach to going gluten free as we did when getting rid of casein: a little bit at a time.  I was, of course, looking for another miraculous improvement in Isaac as a sign that completely getting rid of gluten and adding zeros to our grocery bill was worth the investment.  So when limiting gluten didn't give me the same extreme and immediate results as limiting dairy did, I was ready to bow out.  Andrew was still low-man on the totem pole at work, and I only had one cleaning job.  Let's be honest, neither of us were very keen on giving up our once-a-month date night money.  When I brought up my concerns to our OT, she urged me to keep at it for another couple months before giving up.  She explained that kids usually tended to have more of an issue with one over the other when it came to gluten and casein.  She said we probably wouldn't see an immediate dramatic result of getting rid of gluten, but that it might still be worth doing.

During this time I started reading The Autism & ADHD Diet by Barrie Silberberg- which I REALLY recommend.  Anyway, Silberberg talked about how some children actually have an acute sensitivity to gluten, casein, and other foods and that small traces of these foods can make or break the effectiveness of the diet for them.  This got me to stop dabbling in gluten free food with Isaac and just completely and strictly eliminate gluten.  He still had enough alarming behavior left to be concerned, and I wanted (and still want) to do everything I could for him to be able to function at full capacity.  These behaviors included a continuation of very rigid play to the exclusion of imaginative play, limited speech, and a tendency to be stuck in his own world.

We had given him a wooden train set for his birthday after seeing how glued he became to the ones at the library.  It was the single best and worst gift idea ever.  He would play with it for hours (yes, even 4 hours) at a time.  He would organize two separate trains in specific color patterns and push them clockwise around the track.  He always got to be Thomas and push the blue and red train.  I always had to be Percy and push the green, gold/yellow themed train.  Well, everyone knows that Percy sucks.  He's just not as cool as Thomas.  He whines.  I was sick of being Percy, but most of all I was sick of being dictated to by my almost non-verbal two year old as to the exact way I was to play with the train.  If I or anyone challenged Isaac's track rules he would meltdown or hit us.  It was like having a two year old, angry, drunk version of Sir Topham Hatt living with us.  We had to prep our babysitters as if they were about to enter into a hostage situation.  They had to know the rules of the game so as not to get taken out- literally.  Our existence at home was limited to trains, books, and movies.  He had little other interests during this time.

A few weeks or so after completely removing gluten from his diet I finally started noticing some worthwhile changes in Isaac.  He was talking more and spending less time in his own little world.  He could handle challenges to his track rules, and he was expanding his interests.  One surprise imaginative play episode stands out in my mind as the point in which I knew we had turned a corner.  Isaac and I were in his bedroom when he initiated a spontaneous fishing for snakes game.  He told me to listen  and then made a hissing noise.  He said there was a snake under his bed and that we had to catch it.  He made a makeshift fishing pole of random things in his room.  We spent the next half hour fishing for snakes (daddy's ties) from under his bed.  I remember how clear his language was during all of this and how theatrical he was every time he caught a snake.  It was like watching the cobwebs clear from his mind right in front of my eyes.

I knew in that moment that Isaac would be gluten free forever- even if it meant some major sacrifices.  Daddy was a little more skeptical and reluctant- hey, he's a scientist.  So I volunteered my spending money to cover the extra food expenses, and then ended up getting a couple more cleaning jobs just to even things out.  It was worth it.  More than worth it.

For those thinking about this diet, let me "warn" you about a few things:

1) Making an extreme diet change can sometimes compromise the immune system for a little while.  After starting the gfcf, low yeast, and Feingold's diet Isaac had a 5 week period of being sick off an on with ear infections, roseola, and other common viruses.  This was very discouraging and made me doubt whether or not the diet was worth it.  Thank God our OT was there for support.  We got through the 5 weeks and then things improved.
2) Gluten free foods that Isaac refused in the beginning are some of his favorites now.  Try, try, and try again.  Just because your kid might not like the taste of seed crackers now doesn't mean that a few months down the road he won't.  Once you find some favorites it pays to order them in bulk off of amazon.com and get free shipping.
3) Gluten is hidden in LOTS of foods so do your research.  Did you know that oatmeal is not gluten free?  I didn't either.  Bob's Red Mill and Eco-Planet make great gf options.
Posted by Libby Loucks at 3:21 PM